SHENZHEN, China, Nov. 18, 2019 -- The Global Final of SEED AWARD 2019, the world's first creativity award that highlights the integration between technologies and everyday life, was held in Shenzhen on November 13 [th] . Matricelf, a team with a 3D-printed heart project, won the SEED AWARD and 1 million RMB reward after competing with 1,300 entries received globally. 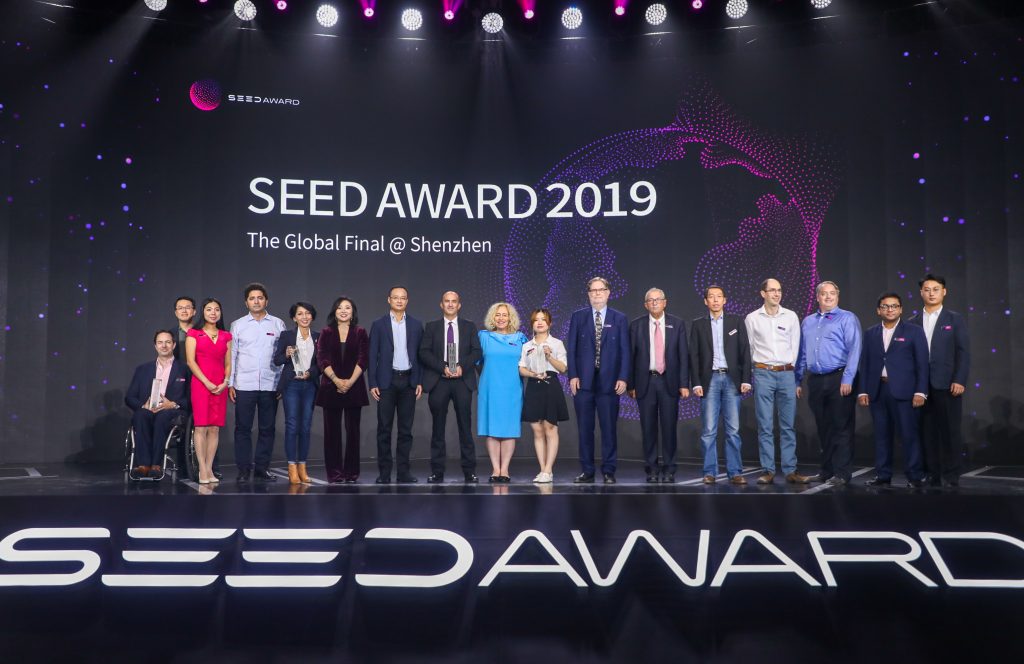 The SEED AWARD, organized by Seedland Group, is aiming at discovering, encouraging and inspiring those who have a passion of life and are willing to embrace innovative ideas. With such a belief, SEED AWARD 2019 was created into a world-class platform gathering creators who have big ideas. It has been recognized as the 'Olympics' in the scientific and technological world. With a similar concept as the Olympics, the SEED AWARD insists on the significance of 'a spirit of friendship, solidarity and fair play', and the mission of penetrating the humanistic spirit into the technology.

"The road to technological innovation needs more exploration. We are not only pioneers with courage and determination, but we also call on more passionate creators to join us and move forward together," said Zhang Liang, chairman of Seedland Group .

George Fitzgerald Smoot, an internationally renowned astrophysicist and Nobel laureate in physics, was invited as the judge of the final and gave brilliant comments at the event. Professor Smoot commented that "The SEED AWARD focuses on the social value of science and technology and has attracted wide attention around the world, including from me. It is extremely exciting and meaningful." Another judge, Turing Award Laureate, Joseph Sifakis, recognized the SEED AWARD as "a positive driving force for the development of the technology industry, especially for the screening of global talents." 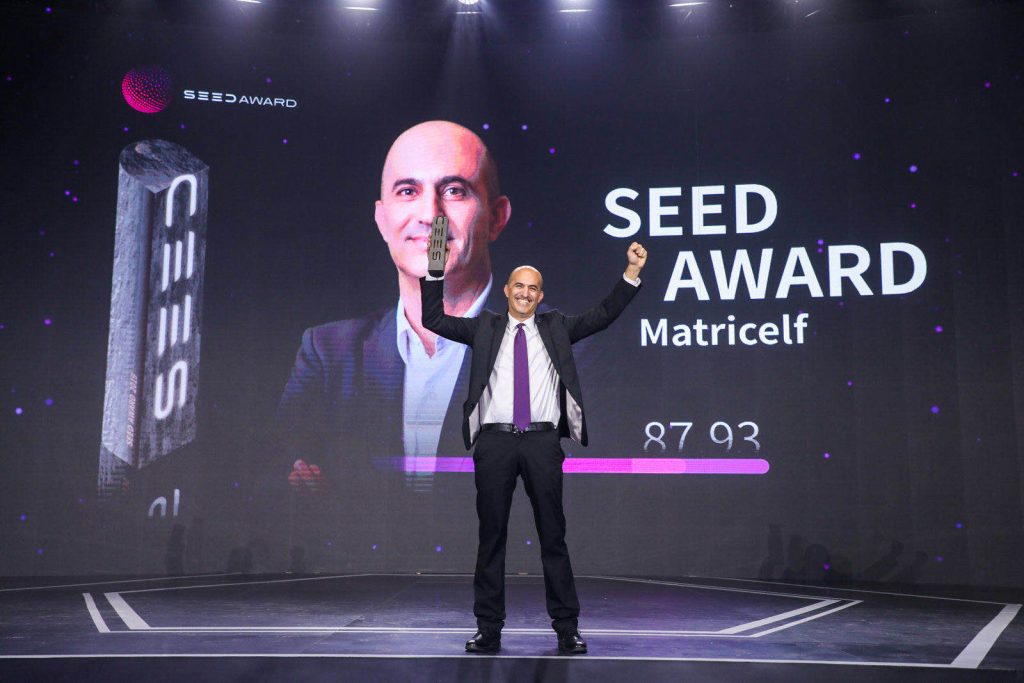 The SEED AWARD was won by Matricelf, a team from Israel, for the first ever 3D-printed heart, which may help solve the rejection reactions against transplants and implants which affect heart patients. The implications and benefits of Matricelf's technology are far-reaching. With enough time and funding, the company is aiming to cure many diseases and repair injuries that, to date, have not been addressed – or addressed with less effective methods. Matricelf has submitted 2 patents that are at the national phase in the US and Europe. Their team's knowledge base covers an impressive number of topics, and they are already the holder of several supporting patents. Matricelf's next applied clinical trial is due be for a device enabling spinal cord injury detection. They expect to start human clinical trials for their printed heart in 2022.

In addition to the SEED AWARD, three Talent Prizes with 200,000 RMB respectively were bestowed to Sana Health, NoBarriers.ai and Ampaire. 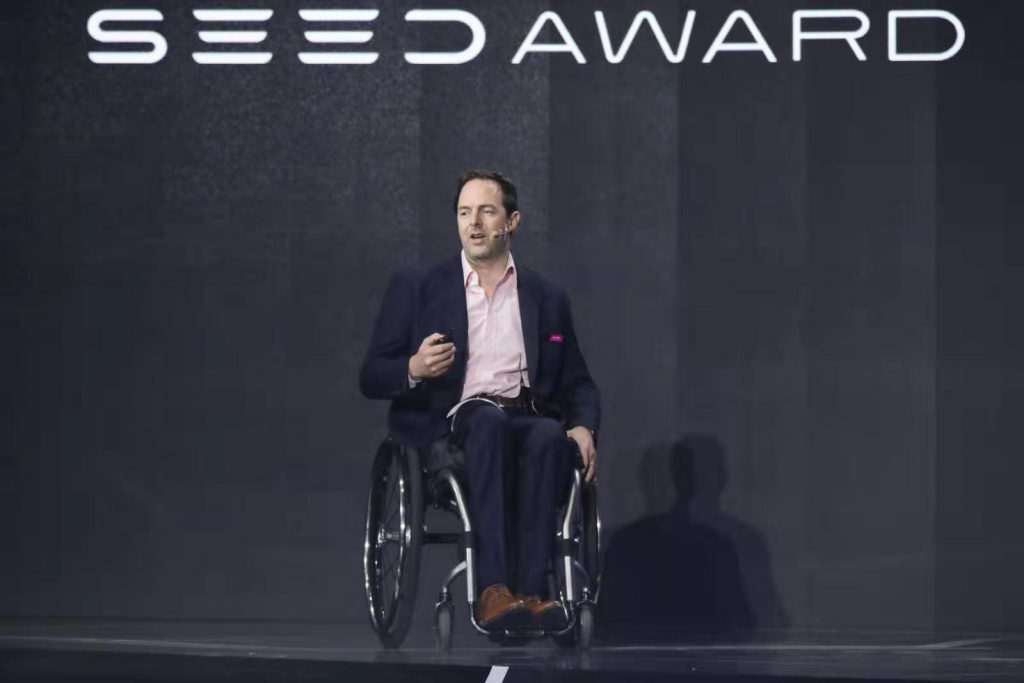 Sana Health developed a wearable therapeutic device that allows anyone, even insomniacs and chronic nerve pain patients, to have deep relaxation and pain relief anywhere after an average of 8-10 minutes. It's also a solution for those who have severe sleep problems caused by high anxiety or pain. Sana measures and tracks users' overall status of health and vitality over time, and uses this result to tailor the device to bring users into a state of deep relaxation and sleep fast. 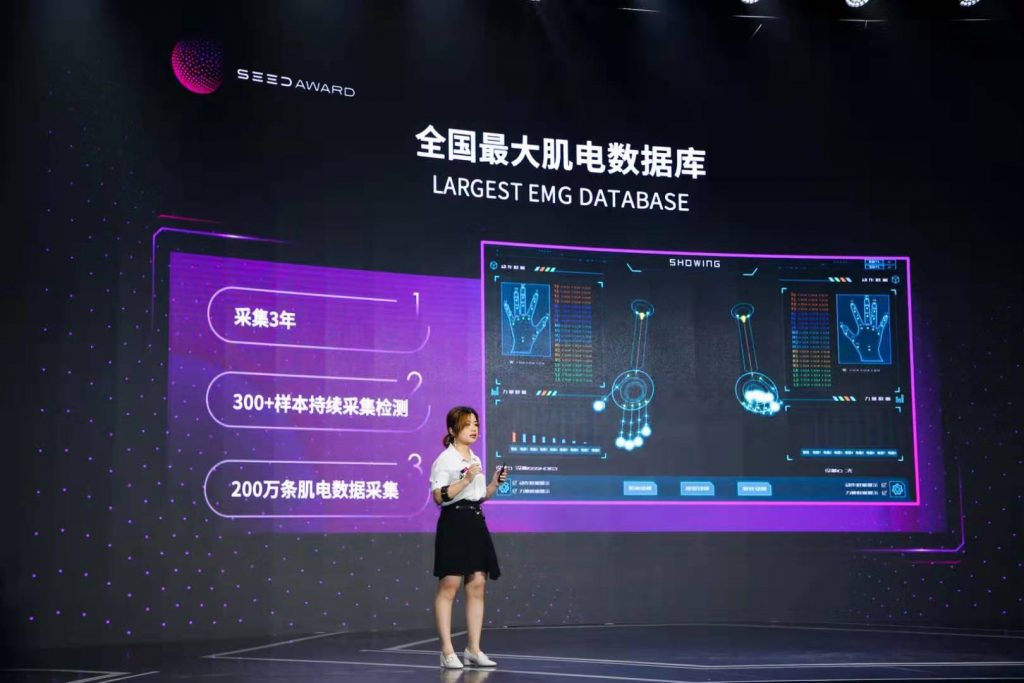 NoBarriers.ai introduced the "EMG Bracelet", which is an innovative translation bracelet for the deaf-mute or for interaction with VR/AR headsets. Aiming to be a 'virtual hand' for deaf and mute people, and to be a mouse for AR/VR devices, NoBarriers.ai has collected millions of datasets to build the largest database of bioelectric signals in China. Another product "LongYu", is an outer box connected to a smart phone through Bluetooth, which enables deaf people to conduct a phone call in real time. 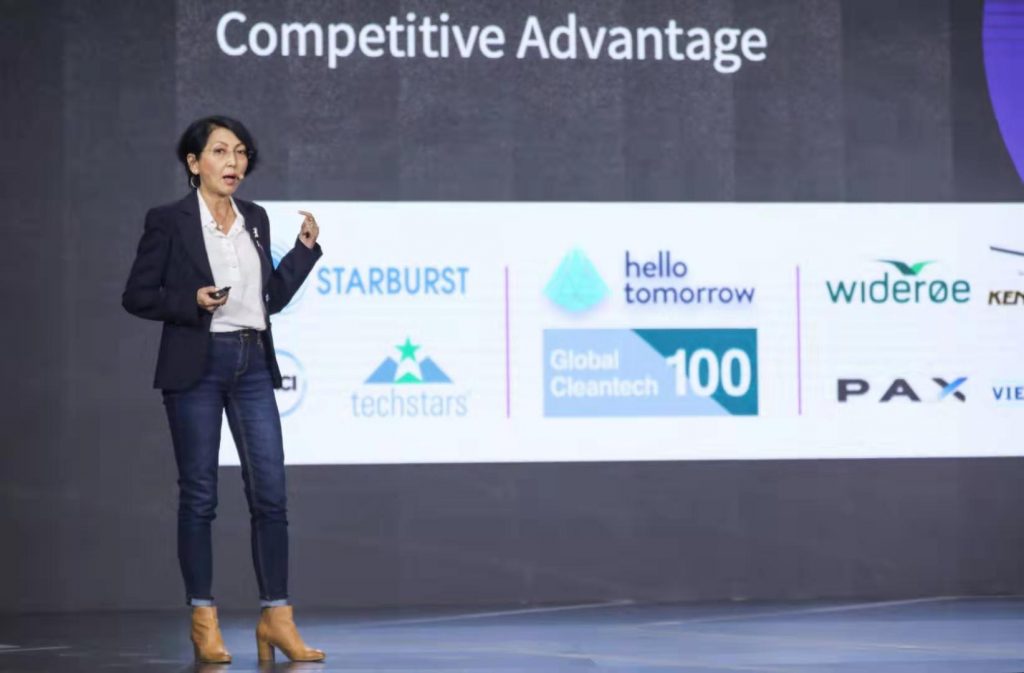 The Ampaire is an electric aircraft using hybrid power. Its patent is an electric propulsion system powered by a light battery system. By replacing the original dual-internal combustion engine of the aircraft, the battery-driven engine is a new system with "parallel hybrid power", which will lead the electrification of aircraft.

The SEED AWARD has been seeking for visionary creators with big ideas from all over the world , regardless of age, gender, profession, and nationality. The competition has collected more than 1,300 entries across the world, unleashing global cross-disciplinary tech innovation. Participating team included both undergraduate students and a UC Berkeley professor in his 70s. After the semi-finals in North America, Asia Pacific and Europe, 9 finalists were selected, plus one revival project by on-line voting. Finally, the top 10 projects competed for the one million RMB cash award. These projects covered areas such as AIoT, intelligent hardware, medical health and smart transportation.

The professional judges of the Global Final included Mina Teicher, Former Chief Scientist of Israel and Professor of Mathematics and Computational Neuroscience, and Yin Shouyi, Professor and Vice Director of IME at Tsinghua University, as well as Peter J. Bentley, Honorary Professor of Department of Computer Science at University College London. All were invited to seek winners that showed creative capability and technological genius at once, with the projects presenting a strong chance of benefiting society in tangible ways. The competition strives to make technology more humanistic.

Seedland Group, the SEED AWARD organizer, is one of China's Top 100 Real Estate companies. Founded in Guangzhou in 2006, Seedland is dedicated to creating innovative, accessible and hi-tech solutions for housing. With Seedland, daily life becomes more deeply connected to the leading breakthroughs in science, technology and connectivity. Most recently, Seedland has been providing homeowners with a full-scenario smart community.

"I'm fortunate to see global creators from different fields with the determination to change our life through technological innovation. The quality of people's lives will be enhanced fundamentally with these efforts," said K.K.Ng, Director of the SEED AWARD Committee and CMO of Seedland Group.

The SEED AWARD is becoming a leading power in driving a new wave of technological innovation. By rewarding those creators who are passionate about life, it hopes to inspire more people to become creators, applying the power of technology to create a better life. This is also the vision of the Seedland Group.

About SEEDLAND Our Vision Our Awards Brand Culture